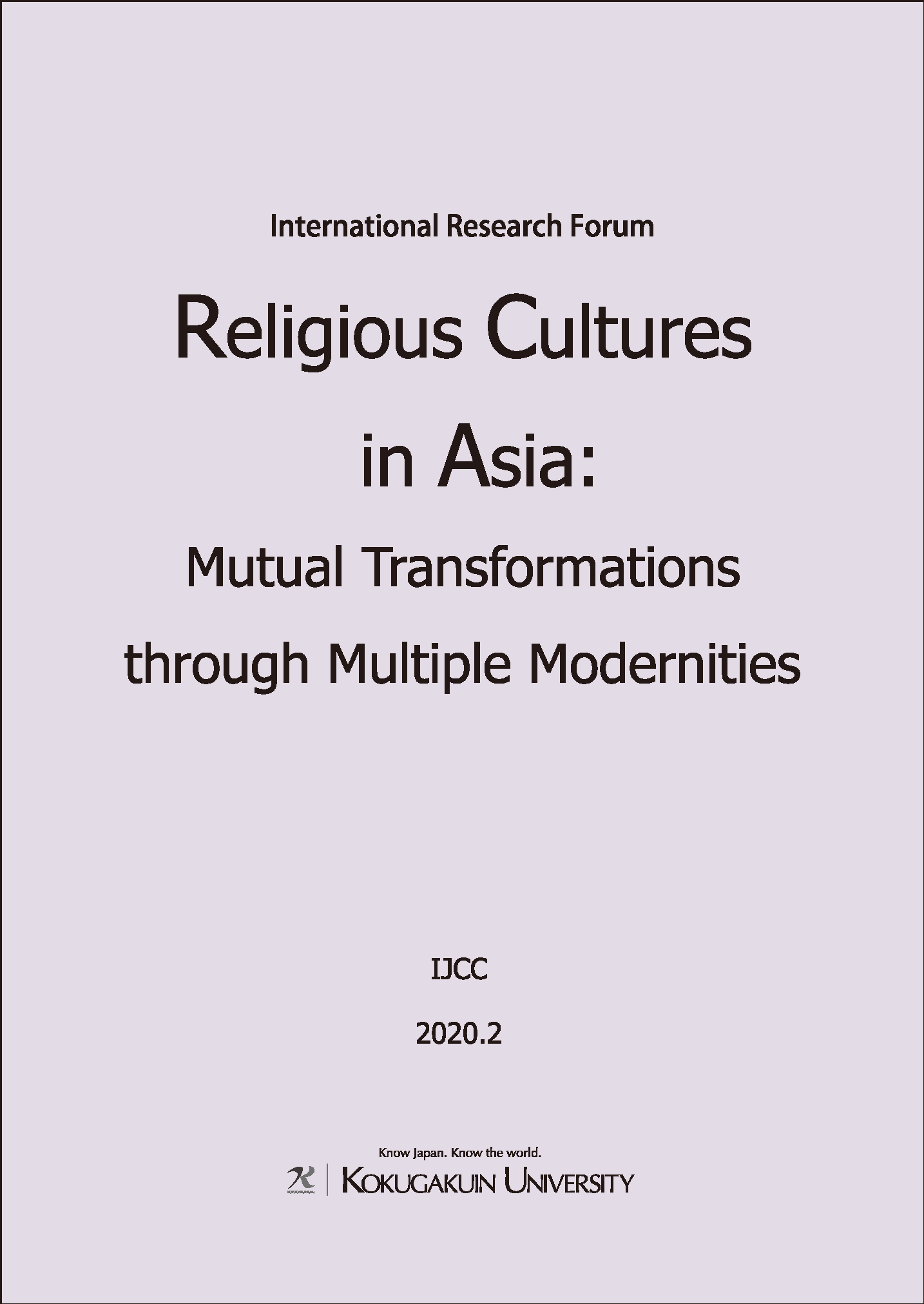 – MIURA Takashi “The Vision of Asia in Ōmoto’s Ofudesaki” [*abstract]

– HUANG Yueh-Po “The Inculturation of Tenrikyo in Postwar Taiwan” [*abstract]

– David WEISS “Founding Myths of the Japanese State: The Changing Perception of China and

– SAITO Kota “The Transfiguration of Karagokoro: the Reception of the Mito School Thought

by National Learning in the Meiji Period” [*abstract]

– TAKASE Kohei “Monuments to Worship and Warfare: The Intricate Relationship between

Religions and Modernities in Japanese Monuments”

between Japan and Vietnam”

– ABE Satoshi “Islamic Debates on the Environment: An Examination of Religious Rationales

Representation and Interpretation of Soka Gakkai in the Chinese Settings”

– MOON Byeong-June “Democratization of Science and Technology via Religion?: The Case of

Won Buddhism and its Historical Periodization”