The myth of the “Hare of Inaba”
— The first tale of the god, Okuninushi no kami — 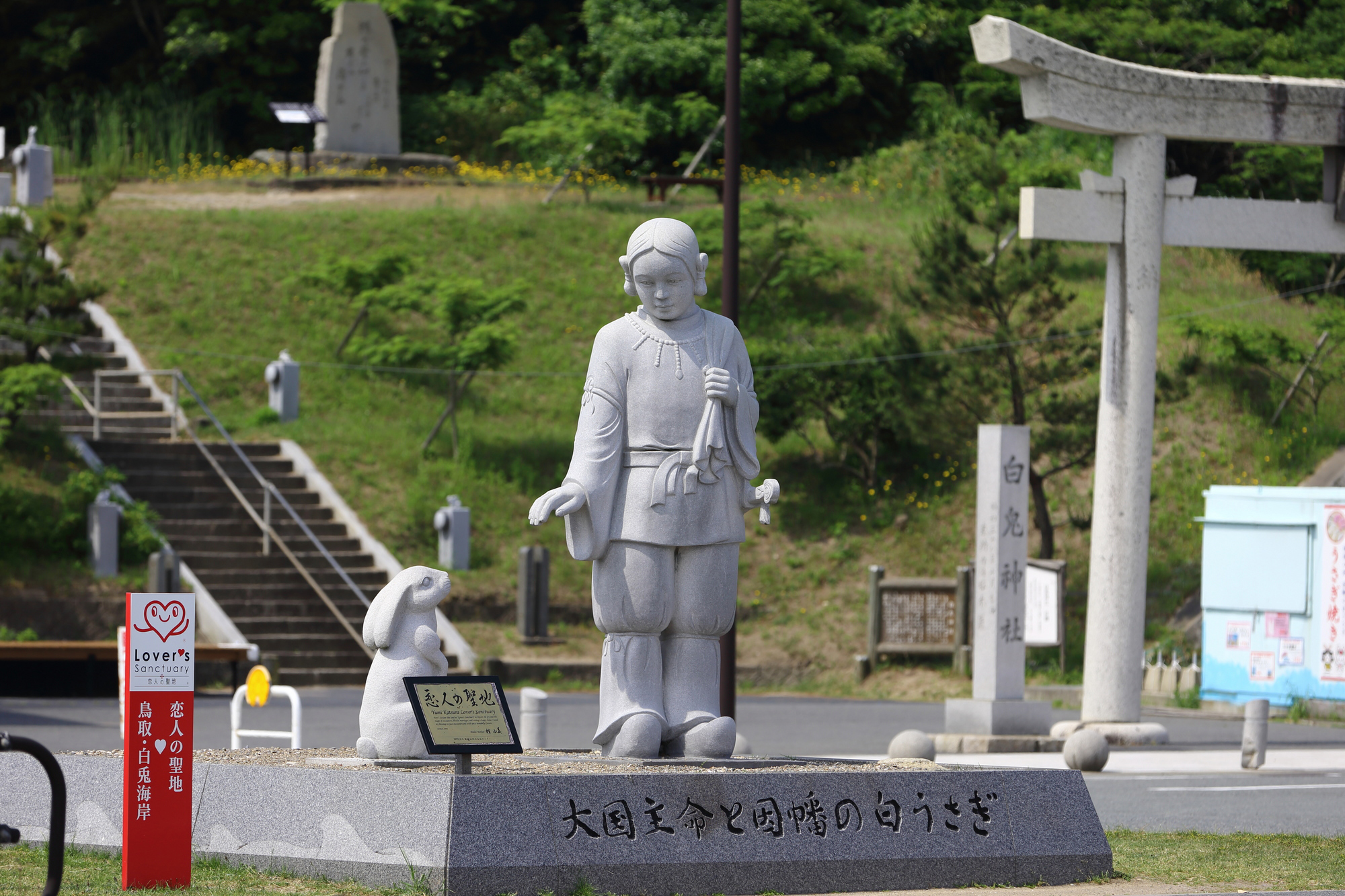 Stone statues of Okuninushi and the white rabbit stand along the Hakuto Coast, which is said to be the site of the myth.

A tale of a descendant of Susanoo

Although most Japanese myths were originally handed down individually, in the Kojiki, tales are arranged as rough stories flowing from the appearance of the gods through the Imperial succession.

The well-known myth of the “Hare of Inaba” is located near the beginning of a story starring a descendant of Susanoo, Oonamuchi, who grew up to become the god and master of the land.

Oonamuchi, the one who saved a frail, white hare

It is said that Oonamuchi had many elder brother gods. On one occasion, Oonamuchi accompanied these gods on a trip to visit Princess Yakami, who was living in Inaba Province. Each of the brothers were hoping to gain her hand in marriage, and Oonamuchi carried all their bags. On their way there, they happened to see a white hare that was suffering after having its skin torn off because it had cheated a group of wanizame (a type of mythological shark or crocodile).

The elder brother gods didn’t bother to listen to the hare’s troubles, and they suggested a treatment that caused the hare even more suffering. Soon thereafter, Oonamuchi happened to come across the hare and told it a good method of treatment after carefully listening to its tale, and then the hare fully recovered.

This hare is known as “Inaba no shirousagi” (the White Hare of Inaba) in the Kojiki. The hare predicted that Oonamuchi would actually be the one to marry Princess Yakami. This tale plays the role of elucidating the nature of how Oonamuchi became a king.

Is the shirousagi a white hare?

It is possible to read the character 素 (generally read as moto) as shiro (meaning “white”) because the character 素 includes the nuance of 白 (white), but there is the possibility that the word 素兎 was read as “motousagi.” As the skinned hare is described in the text as 裸兎 (a naked hare), the Kojiki might want to express the healed hare as wearing 白衣 (a white robe).

Oonamuchi, who saved the White Hare of Inaba and married Princess Yakami, survived various trials and tribulations, married several goddesses, and became the god and master of the land by pushing his elder brother gods aside, in the end earning the name “Okuninushi no kami.”