Telling fortunes for the year with Tug-of-War?

Sports in Japan: From Within and Without

In Japan, there will be big sports events like the Rugby World Cup in 2019 and Tokyo Olympics and Paralympics in 2020.
Then, we will introduce some sports that either have their roots in Japan, or were introduced to Japan and have gained popularity. 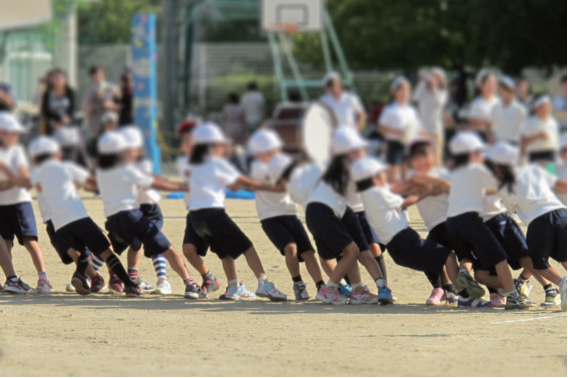 Tug-of-War Around the World

“Tug-of-War” where opposing sides teams pull a rope in an attempt to drag their opponents over to their side.

It requires no special skills and can be enjoyed by almost anyone. Tug-of-War was once an event in the Antwerp Olympic Games of 1920. Also, it was added to the UNESCO Intangible Cultural Heritage list in 2015, applied for jointly by Korea, the Philippines, Vietnam and Cambodia.

Many places around the world have  many versions of Tug-of-War, and they are popular in Japan and other countries in connection with divination and religious rituals.

Telling fortunes for the year with Tug-of-War?

Tug-of-War may seem to have a long history, but the oldest record that mentions it is relatively new. A Chinese book from fifth or sixth century called “Keiso Saijiki (The Xingchu Suishiji)” describes a Tug-of-War at the New Year’s in the midstream of Yangtze River.

In Japan, a Shinto ritual that tells fortunes for the year using a rope made of thatch or straw is still held in various regions. Tug-of-War is often done at “Koshogatsu” on January 15 in the Tohoku region, but it is held during the Obon festival in August in Ibaraki, Chiba and Kitakyushu, and people around Southern Kyushu and Amami Oshima also do it in August, especially on the night of the full moon. In Okinawa, they often do it on a lucky day in June or August.

It is also held as a fortune telling event for the harvest of agricultural and marine products for the year in farming and fishing villages across the country. For example, a Tug-of-War is performed between a farm team and a fishing team, and if the farm team wins, there will be a plentiful harvest, and if the fishing team wins, they will get a good haul that year. A Tug-of-War on the night of the full moon in August is also held to wish for a good harvest. Apart from these, there are other meanings behind Tug-of-War and people participate with hopes in their hearts all around the country. Tug-of-War to Turn Away Evil Spirits

In Tug-of-War at one of the Obon festival events called “Bonzuna”, a rope made of straw represents a snake. It is thought that when one’s ancestors’ souls return from the other world, unwelcomed evil spirits sometimes come with them. So, there are customs for exorcising these evil spirits. One is floating bamboo leaves down the river, and the Bonzuna. They gather and expel invisible evil spirits by dragging a straw rope all over the village. Some of these purification ceremonies seem to have developed into athletic events.

Today, Tug-of-War is one of the popular events at school sports festivals, but when you trace it to its origin, you can see that it has a long history as both  act of divination and a ritual of protection from harm.